Decentralization, integration and transposition: three models of consultation in the global legal order 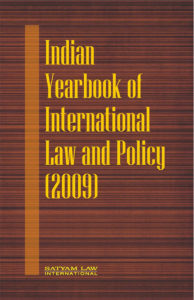 The consultation of stakeholders in the global legal arena can be described in the light of three main attributes: first is the divergence – or dichotomy – between the hypothesis in which the position of stakeholders within the decision-making processes is clearly defined by the relevant norms, and the one in which (notwithstanding the provision of participatory rights) a clear definition of those civil society actors entitled to access the procedures in question is absent.The complexity and variety of the issues resulting from the absence of clear definitions of the actors involved – or, more generally, of “civil society” – within the global arena itself gives rise to the second attribute of global participation of stakeholders. From a general point of view, it is often uncertain which “group” of individuals is being addressed by global norms. When we talk of consultation of civil society, should we consider all of the non-governmental organizations, trade unions and/or political parties? Or perhaps single individuals, sharing a common interest, should be included?The third attribute relates to the different approaches developed by global institutions to deal with the consultation of private interests, which are driven by two related factors. The first is the highly fragmented nature of the global regulatory framework; the second resides the extreme diversification of the interests potentially eligible to participate in its decision-making processes.

On the basis of the foregoing, this article has three purposes. The first is purely descriptive: three different global consultative models adopted in the supranational legal arena will be briefly described. The choice is not arbitrary; rather, the models have been selected having regard to the functions and the relevance of the institutions in the global legal order. The World Trade Organization model, which operates through decentralized management and shared responsibilities, will be explored for first. Next, the integration model, which is well represented by the World Bank Group, will be examined. Finally, the “transposition” model, provided by the Aarhus Convention, will be taken into account. The second goal of the paper is to provide a comparative analysis of the three models, emphasising both the differences and the similarities, with a view, ultimately, to drawing out the possible consequences of each for the democratic development of the global legal order. Lastly, on the basis of the foregoing analysis, this article will set out the various problems confronting each model of consultation, and suggest some potential ways in which they can be progressively developed.