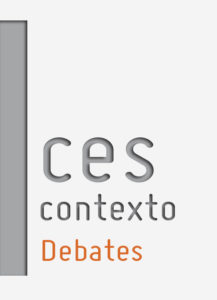 With almost half the world’s population living in cities, questioning the urban dimension of social inclusion and exclusion is imperative. Urban inclusion is increasingly influenced – and often constrained – by intertwined processes of economic globalization, state re-articulation, polarization and diversification of (local) populations and the political practices they add to the city. Educational, health and environmental inequalities, segregation, unemployment, lack of political participation, discrimination and the inability to deal with different forms of participation are all phenomena of exclusion with a local dimension but also a multi-scalar nature. At the same time, actions towards social inclusion are developed around ideas, knowledge(s), experiences, resources and capacities which are (dis)located across an array of arenas and distributed among different actors. While traditional concepts and practices of urban inclusion centred on institutions and top-down decision-making seem inadequate to tackle this complexity, new ones are often in their infancy and may be in tension with more established policies. Contesting the centrality of the state and market pervasiveness, a new variety of counter-hegemonic positions and projects, and alternative visions of urban democracy and justice that inform bottom-up and participatory approaches to urban inclusion, have become popular in the Global South, while their transposition to cities in the Global North have met resistance or hardly gone beyond theorization.

The “Rethinking Urban Inclusion: Spaces, Mobilisations, Interventions” international conference was held 28-30 June 2012 in Coimbra, Portugal, and it was the major event of the Cities Are Us series of events, which constituted the last step of a twoyear collaboration between the Centre for Social Studies(CES) at the University of Coimbra and the United Cities and Local Governments’ (UCLG) Committee on Social Inclusion, Participatory Democracy and Human Rights (CISDP). The conference aimed to understand and ultimately rethink social inclusion at the urban scale, as the product of broader dynamics and the interaction of different actors and languages.