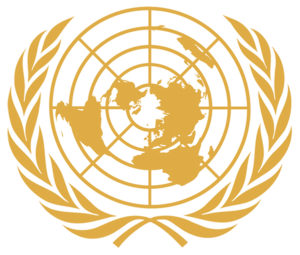 The word “centralization” has been used in a wide array of meanings. In very general terms, the term indicates the process of concentration of decision-making activities within a particular location or interest group. Political or geographical distribution of decisional processes, both at national or supranational level, the internal organization of a public or private institution as well as the management of single policies can be subjected to the process of centralization.

The concept of centralization presents three main profiles. The first is mainly political, the second is organizational, the third, and last, is policy-related. In order to develop a comprehensive analysis, it is useful to briefly stress out each of these aspects.

The first profile helpful in defining the concept of centralization is political. In fact, the main effect of a highly centralized decision-making process is a political system in which the central government is in charge for dealing with all the major policy-related topics. However, this is not a stable model. On the contrary, the way the political power is organized and justified at the higher level raises quite different questions. There are at least two possible variables: the first one addresses the structure itself of the centre. The second variable regards the way the power is distributed at the local level.

With particular regard to the first variable – the centre where decisions are taken is structured – depending on the concentration of power within a single body (i.e. the prime minister) or its distribution within a broader group of bodies representing different interests, centralization has served the needs of a despotic regime or rather a democracy.

The second variable is even more complex. Although in a centralized system the decisional process is handled by the central government, the process of enforcement can be subsidiarized. Commonly, decisions are enforced at the local level by the local authorities. However, this form of delegation does not necessarily influence the role and relevance of central authorities. The enforcement activity, in fact, does not necessarily imply any usage of discretionary power. Elsewhere, local authorities can be requested to manage secondary policies, generally following a set of binding centrally-developed standards. In this scenario, the more the local powers have guaranteed broader discretionality, the less the system is centralized.

It is worth noticing that the above mentioned distinction is strictly related with the nature itself of the political system: regional, federal or supranational. In a regional system the central government shares its power with a variable number of regional authorities. In a federal system the possible variations are so numerous that it is impossible to define properly all of them. In very general terms, however, the central (or federal) government is responsible for some particularly relevant topics such as defence, internal security or political economy. Every federal State, on the contrary, is competent for the administration of specific aspects. This is particularly the case of the United States, Swiss or Germany. Finally, in a supranational system, centralization has been used as a way to favour a more cohese and integrated relation between the member States. In this hypothesis, however, notwithstanding the centralization of decision-making processes, national authorities maintain a broad level of discretionality.

Together with its political meaning, centralization is useful to define the way an institution is organized. The concept in fact can and has been used within private and/or public institutions’ internal structures. The rationale at the base is the same. The more the assumption of decisions is horizontally developed, the less the organization is centralized.

In the Weberian socio-political construct of State, for instance, the German author’s ideal of an efficient public administration is described in terms of a centralized and centre-structured organization. Another relevant example is given by the Stalinist concept of decisional centralism. This theoretical assumption, used to describe the internal organization of the communist party, conceptualized a system where every member of the party was free to discuss the adoption of decisions. However, as soon as the decision was taken, the same members were expected to uphold it with no further discretionary power. As for the previous case, the Stalinist communist party combined the action of a strong central leadership with the collaboration of local authorities.

Coming to the third aspect of centralization, a brief explanation is necessary. Up until now, centralization has been observed as the main characteristic of a political system or institution. In a decisional system, however, single policies can also be centralized. In other words, a political system can be highly decentralized in its organization and still present a trend to centralize some particularly relevant policy sectors.

One particularly illumining example is given by the European and U.S. systems for food security. In Europe – notwithstanding the presence of a decisional system where traditionally the involvement of national authorities, beside the European Commission, has been particularly relevant – since 1997 there was a massive centralization of the relative policies started. The United States, on the other side, has been facing calls for potential reform of its food agencies since the early nineties. In both cases centralization has been implemented to improve consumer trust, reduce business uncertainty and eventually obtain a better harmonized system of rules.