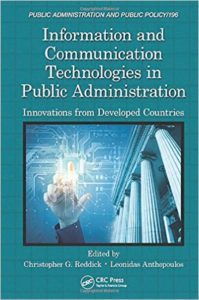 This paper focuses on Italian public administration’s use of web-based experiments in participatory democracy designed to address citizens’ questions and needs. The paper aims at investigating why, in spite of its massive use, such forms of consultation have been largely unsuccessful. A number of causes are identified for this, including: (1) the lack of access to the web from large parts of the citizenry; (2) the miscalculation of the costs from public bodies; (3) and the inadequate use of ICT in public administrations. The paper is divided in three parts. Part I provides informational background on the topic of participatory democracy and e-government. To this end, Part I begins by focusing on the international scenario; it then turns to describing and classifying a number of Italian experiments of online participatory democracy (at the administrative level). Part II introduces and speculates the causes behind the failures of such web-based experiments in participatory democracy. Five reasons are identified: The first consists of the scope of experiments in digital participation; the second involves the target of participants; the third relates with the current state of the Italian digital market; the fourth links to the digital divide in public administrations; the fifth, and final, argument concerns the budgetary bounds on public bodies. To conclude, Part III of this paper aims at, first, understanding why the advent of the large-scale Internet did not fix the democratic deficit of Italian contemporary politics and public administrations; and, second, it aims at speculating on possible future evolutions of web-based participatory initiatives in Italy.